When I was born my elder brother was two years and two months old. When my brother died he was sixty-two. Tonight my younger brother and I will remember our firstborn brother. We’ll recite Kaddish together in his memory.

When I was newly born Dennis filled my baby carriage with all of his toys, submerging me. I didn’t recall that; our mother told me of it. She said Dennis loved his new brother so much he wanted me to have all his toys. All of our lives Dennis gave away everything that was his.

I’ll light a memorial candle tonight. The candle burns longer than twenty-four hours. When I walk into my night kitchen the small flame takes me by surprise. I stop and I remember. The small flame flickers and falls. It looks about to die, but then it rises and burns brightly.

I sit alone in the kitchen and the truth comes to me anew: we all flicker before we die. But Dennis! Dennis had such a force of life. I see him pushing Mum in her wheelchair along a steep winding path, pushing her up, up, to catch the sea view from a peak at Wilson’s Promontory. The tyres sink deeply into the sand but Dennis, by sheer force of will, propels Mum forward and upward.

Dennis the fearless. Dennis undaunted, never defeated. When his affairs took a reverse I’d worry for him, but he’d say, ‘It’s always darkest before the dawn.’  Dennis meant that, he believed it, he lived by it.

Life brought ease to the second brother, a harder path to the firstborn. Dennis rejoiced for me in all my little successes. He knew no envy, never felt usurped by the younger brother who got the birthright. He bought me a holy book and inscribed it with his heart’s blood: ‘For my brother Howard. God must be proud of you.’

Dennis had the gregariousness of the deeply lonely. I sit and leaf through his address book, an odd keepsake. The crammed pages teem with names, so many names, names of down and out people he’d find and succour. These people, themselves lonely, found in my brother a man who’d give away all his own toys.

Dennis decided to undergo major surgery, hazardous surgery. I misgave. But he said, ‘Doff, It will cure my diabetes, I’ll get my life back.’  He had the surgery, his flame flickered and he died. 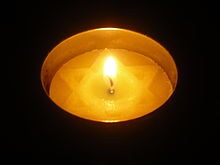 My eye, my eye runs with water.

One thought on “Dennis”