Centuries ago a bridge suspended high above an Andean valley collapsed. As a handful of travellers fell to their deaths, a Franciscan Friar approaching the bridge witnessed the event. Hundreds crossed that bridge every day. He never doubted God had decided to end those lives for a reason. Certain those lives had reached their completeness, Friar Juniper set out to investigate, to prove meaning in the seeming randomness. The author Thornton Wilder wrote a short, intense account of the monk’s quest in his book ‘The Bridge at San Luis Rey.’

Thirty years ago I made the winding climb from the valley floor to Marysville’s lovely Steavensons Falls. Half way up, nearing a bend in the cool and green, I encountered a plaque that read:

IT WAS AN ACT OF GOD ON A WINDLESS MORNING

FOR THAT PARTICULAR TREE TO FALL

AT THAT PARTICULAR PLACE AND TIME

The plaque had aged, its sheen lost. The text begged the Great Question. A smaller question lay buried in the ordering of names, listed – not alphabetically but by age. The fact of ordering betrayed the human need that pressed upon the text’s composer, the need to overcome chaos, to quell the fear of existential meaninglessness.

On an idyllic summer day in the heart of Melbourne, streets milled with innocents in their hundreds, in their thousands. They were schoolchildren, adults, workers, lovers. They were foreigners and out-of-towners here for the tennis, they were suited business people and bewigged barristers. They were in the liveable city where life was blessed by a gentle sun, a sweet torpor, a Friday feeling. One of those thousands was a baby boy whose life was about to end at the age of three months; one a twenty-two year old woman who bubbled with laughter; two were men, aged 25 and 33 years. A fifth was ten years old, a school girl.

On Patriots Day, 2013, thirty thousand of us set off to run from the village of Hopkinton to Boston, 26 miles and 185 yards away. The marathon started at 10.00 in the morning. One million Bostonians lined the route, standing outside until all had passed, cheering us on. Boston loved us all, from the elite to the aging plodders. Celebrating this, their ceremony of innocence, the spectators offered us oranges, bananas, sausages, beer. They held up signs: YOU ARE ALL KENYANS. At 2.46 pm the first bomb exploded at the Finish Line, followed moments later by the second. Of the many hundreds shouting and cheering in Boylston Street, three were killed, 264 injured. One of those killed was a boy aged eight. Sixteen survivors lost limbs.

In Wilder’s classic novel, the Friar spends years seeking the proof of divine design in the chaos and cruelty of life. His researches culminate in a book in which simple faith is upheld by simplistic conclusions. Wilder writes:

I shall spare you Brother Juniper’s generalizations. They are always with us. He thought he saw in the same accident the wicked visited by destruction and the good called early to heaven…

The book being done fell under the eyes of some judges and was pronounced heretical. It was ordered to be burned in the Square with its author. Brother Juniper submitted to the decision that the devil had made use of him…The little Friar was given to the congenial flames… he called twice upon St Francis, and leaning upon a flame he smiled and died.

In the final few pages Wilder makes clear his rejection of The Friar’s ‘generalizations.’ Instead he writes of those who loved and lost and lamented and never healed. All these live out their days numbed, unable to find solace or meaning. One by one, they cross the lonely years and confess their grief, their self-blame, to an aged Abbess, herself bereaved of the two who used to be orphans in her care. All the bereaved live out their days waiting for death.

For the present generations, living in our scientific age, reared as we are with data to slake our thirst for the rational, attempts to rationalise last week’s experiences fail to satisfy. Instead explanations are felt as an affront. The image of a pram, upended, empty, upon the bloodied street; a child lying face down, entirely alone in death, torn from her mother and sister who struggle for life elsewhere, in Intensive Care Units; the Japanese stranger – still unidentified – who dies alone and unknown, far from his home – who, in the face of these, can find comfort in pious nostrums?

Ultimately Wilder’s Abbess finds, not explanation, not meaning, but reconciliation: Even now – she thought – almost no-one remembers Esteban and Pepita but myself… soon we shall die and all memory of those five will have left the earth, and we ourselves shall be loved for a while and forgotten. But the love will have been enough. Even memory is not necessary for love. There is a land of the living and a land of the dead, and the bridge is love, the only survival, the only meaning.

As in Boston after the bombs, once the fatal car had passed, the people of Melbourne beheld those injured, those lost in wild surmise, those stunned. The cabbie who leaped from his car, the citizens who took travel brochures, garments – whatever they found to hand – to bind wounds, all became sudden trauma nurses and paramedics. So too the shop attendants who streamed from department stores with towels to stanch haemorrhage, with a board torn from a wooden pallet to splint a broken leg.

Doomadgee, we write it
In our orthography
Really should be
Dumat’ji

Adam Goodes
Too far away
This Australia Day
In Doomadgee

A busy day this
Australia Day
In the hospital
In Doomadgee

We plaster, we suture
Like there’s no future:
Future no feature
of Australia Day,
Not here, no way,
In Doomadgee

Quiet, quiet, his voice, his breath –
Small his smile at threshold of death –
Good night Australia:
System failure in Doomadgee

Beside him, quiet woman – or girl –
His guard and ward in this world
Trembles, faces an Australian day
Elderless in Doomadgee.

He slips away from teeming kin
Who hold tears and keening in;
A dreadful peace on Australia Day
And quiet, this night in Doomadgee. 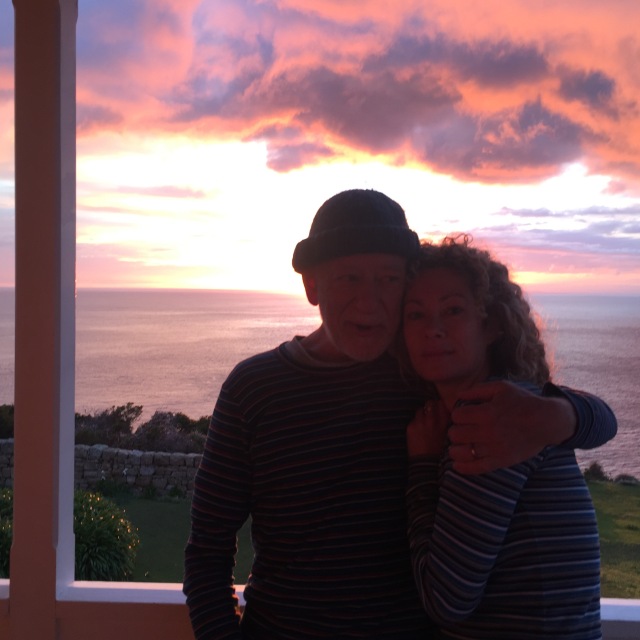 Once, when two persons were walking together at day’s end, the elder of the two remarked on the sunset. He spoke and said:

the sky is burning

Once Upon a Story

Once, when two were walking on the beach the younger saw a rock that looked like Leviathan and she said:

Last night I was here and that rock wasn’t a rock.

Last night I saw it move from the sea. It moved up the beach and it came towards me. It was a whale. It chased me up the sand and I ran and I ran and I didn’t stop running until I got home.

Once Upon a Song

Once, when two walked together a song drifted towards them. The song had no words. The sounds of the song reached them from somewhere higher or darker or hidden. The sound surrounded them. The flapping of wings, the whoosh of flight, made them think of birds. And the drift and drone, the rise and fall, the start and pause, mad them think of a breathing. Perhaps a person. Perhaps their planet.
Once and Always

Sometimes the two remembered or wondered or dreamed or knew: the song and the poem and the story had been there before they were, before the sunset, before the rock. Perhaps song, poem and story had brought the sunset and the rock and the flapping wings into being.

The two knew they could exist only in a world of story and poem and song. 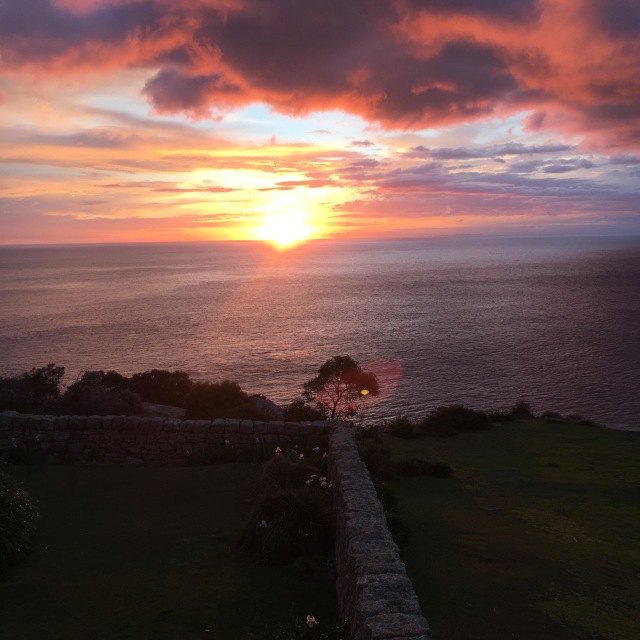 I read this news report today. You probably missed it as mainstream news media don’t print this sort of news.
“Mourners are streaming to the central Israel city of Tira to comfort the family of a nineteen year old woman killed by ISIS. Lian Zaher Nassser was one of 39 people killed by an ISIS gunman at a New Years celebration at an Istanbul nightclub.
She was laid to rest at a funeral attended by thousands on Tuesday, just over a week after another Israeli woman, Dalia Elyakim, was buried.

Nasser, an Israeli Arab, was on holiday in Istanbul with three friends, one of who(m) was injured. Elyakim, killed in the Christmas market attack in Berlin, had been travelling with her husband Rami, who was badly injured in the attack.

In the Nasser family’s sorrow, it found help from an unexpected source – ultra-orthodox Jews. The parents wanted to get their daughter’s body back to Israel as quickly as possible, but ran into difficulty as she was not insured, and in the end enlisted the help of the Haredi-run rescue organisation, ZAKA. ‘ZAKA is an international humanitarian organisation that honours the dead, regardless of religion, race or gender,’ said the organisation’s chairman Yehudah Meshi-Zahav.”

People react differently to this sort of report. For some the news comes as a salve, a corrective to the bad news tsunami. Others read it and say, ‘Yes, but…’

Working at the Children’s Hospital recently I treated a child who wore a pink hijab. She did not look mid-eastern, nor African. Her surname was unusual. I wondered a bit then hazarded a guess:’Are you from Albania?’ Her dad was amazed. ‘How did you know?’

Then, ‘Where do you come from, Doctor?’

‘Australia. I was made here – with all Australian parts.’

I removed my whimsical hat, exposing my yarmulka.

The father practically whooped with delight:’ You are Jewish! How wonderful!’

Then, ‘Do you know the story of my people and your people during the Second War?’

I admitted I knew it but dimly.

Father filled me in: ‘Albania was one of the few nations to give Jews shelter. We hid them and protected them. And after the War, the Jewish Holocaust Centre here – in this city of Melbourne – honoured my people.

And do you know, Doctor, our mosque was Melbourne’s first?’