Late last October the Boston Athletic Association sent me an email which read:

Kindly advise us of your postal address forthwith so we can forward the race package for your entry to the 2015 Boston Marathon.’

I sent my details forthwith and equally forthwith I began to train for the great event. Now, my alert reader might recall the sincerity and warmth with which I wallowed in self-pity in my incapacity last (southern) winter. I posted a piece titled ‘Farewell’ https://howardgoldenberg.com/2014/07/28/farewell-farewell/, a lament for injuries that would permanently prevent running. I indulged in a prolonged period of warming sorrow, recalling better times. After three decades of running that were halcyon my winter of 2014 was halcyoff.

I know well not to expect an injured and abused skeleton, aged in its late sixties, to heal. My forty-four marathons had smashed knee joints and mashed vertebrae. Sciatica taunted my left thigh with every footfall. I stopped running and I rode a weasel bike. This morally feeble substitute served until osteoarthritis screamed from my left knee whenever I pushed down on the pedal. I stopped all exercise and sulked and nursed that achilles’ limb.

Sulking did me good. After a team of physiotherapists rubbed and probed and pressed sore spots until I squealed; and having found those sorest spots they pressed harder and I squealed the more; and after they prescribed exercises too intricate for me to conceive, to be repeated thirty times a day; and after I tried each exercise once before giving it away; after all this I sulked. And in my sulking I enlisted the faithful fibroblast and it is to that unglamorous cell that I owe thanks.

I last met the fibroblast in my second year of medical school. That was in 1965. I learned then of that industrious cell, of its role in building connective tissues. The fibroblast is the humble builder’s labourer of the foetus. It creates the neonatal skeleton and muscles. Once the human – so intricate, so cunning, so elegant in design, so glorious in execution – has been built the fibroblast might deservedly rest on its laurels. But it does not. Instead it lurks and waits for any damage it might be called upon to repair.

Sprain an ankle and fibroblasts swarm to the site, building, building, building. They create a fibrous scaffolding which, together with nests of new capillaries, is appreciated as a hot swelling at the site of the tear in the ligament. Slowly, thanklessly, this busy little cell knits new fibres to replace the old. Slowly the damaged dancer or skier or hockey player rises and flies again.
But that leaper or runner or slider is fifteen or thirty. Chockers with fibroblasts, at those ages she is indestructible.

Then the day arrives that she turns fifty, when her collagen sags, her ovaries shrink, her mood sours and she sweats her nights through and celebrates the menopause ‘and all the daughters of song are brought low.’

Her man is even more pathetic when ‘desire fails and man goeth to his long home and the mourners go about the streets.’

On the other (more cheerful) hand the poet John Donne wrote:
‘… from rest and sleep
Which but thy pictures be
Much pleasure…’

Then Boston sent me that email.

And together with Johnny Donne my knee sang and my spine caroled: ‘Death, thou shalt die,’ as I rose and ran. Since October I have tested the knees on the rocky slopes at Wilson’s Promontory. I have tried but failed to provoke the sciatic nerve in Central Queensland and in outback NSW. I have thrashed the skeleton in Pittsburgh, in New York and in Boston where, three weeks ago I ran the slopes of Heartbreak Hill. I froze but I felt no pain. The next week I ran fast up the length of London’s Muswell Hill to the top, then I turned around and galloped down. This short run constitutes a brutal abuse of synovial membrane, of articular cartilage, ligament and tendon.

I listened for protests from the body. But neither degenerate hip nor spinal nerve made any murmur. Incredulous, I gave thanks to the long ignored, sadly neglected, ever-faithful fibroblast.

One of my favourite poems for sulking is Ecclesiastes, 12. With language like this it’s a pleasure to be sad. Here’s a fuller portion for your enjoyment. You don’t need to run a marathon or injure your body:

1 Remember now thy Creator in the days of thy youth, while the evil days come not, nor the years draw nigh, when thou shalt say, I have no pleasure in them;

2 While the sun, or the light, or the moon, or the stars, be not darkened, nor the clouds return after the rain:

3 In the day when the keepers of the house shall tremble, and the strong men shall bow themselves, and the grinders cease because they are few, and those that look out of the windows be darkened,

4 And the doors shall be shut in the streets, when the sound of the grinding is low, and he shall rise up at the voice of the bird, and all the daughters of musick shall be brought low;

5 Also when they shall be afraid of that which is high, and fears shall be in the way, and the almond tree shall flourish, and the grasshopper shall be a burden, and desire shall fail: because man goeth to his long home, and the mourners go about the streets:

7 Then shall the dust return to the earth as it was: and the spirit shall return unto God who gave it.

8 Vanity of vanities, saith the preacher; all is vanity. 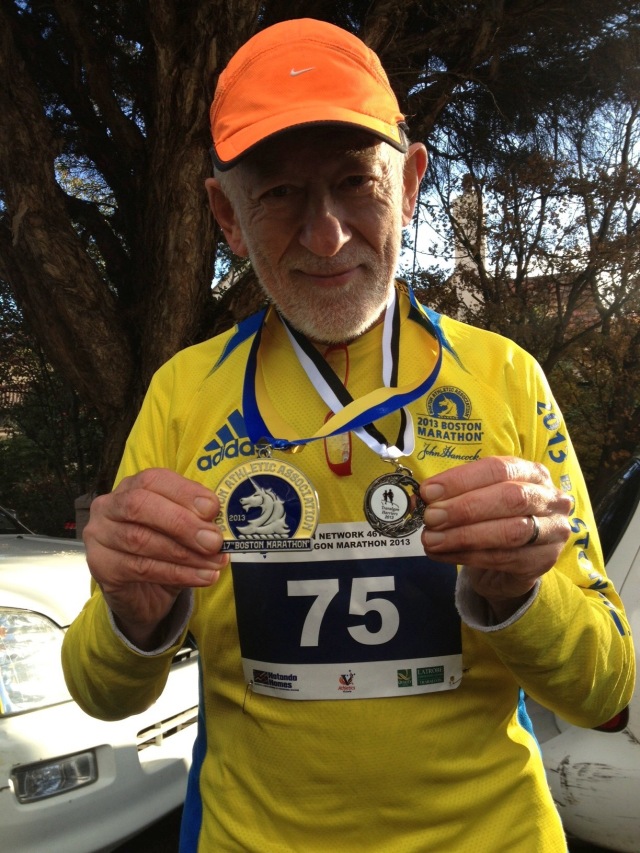 8 thoughts on “The Faithful Fibroblast”