I am in my small house in Yulara, cooking for shabbat on a Friday in December 2006, when the phone ring 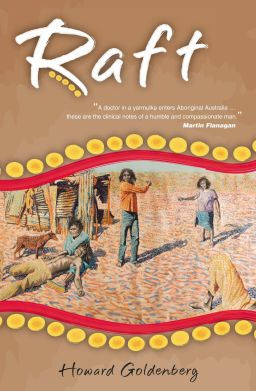 s. A male voice speaks: ‘It’s Sergeant Benjamin, Doctor, of the Mutitjulu Police … I’m sorry to trouble you … there’s been a death.’

The voice resumes: ‘It was a hanging. We need someone to certify the death. The nurses here can’t do it; it has to be a doctor. I am sorry, Doctor.’

The voice is careful, it is feeling its way. I don’t know the officer. The voice I hear is sober – sobered almost to a halt by the news of a death.

I ask the officer to bring the body to the clinic. We arrange to meet in twenty minutes’ time.

It is early evening – 1830 hours in official language – when they pull up at the clinic. Even at that hour the heat is relentless. The sky is painted blue. There are two vehicles, a police car followed by an ambulance in its familiar livery of white slashed with red. A large oblong man steps out of a police car of such startling blueness that the sky pales behind it. The officer’s face is deeply creased.

His offsider gets out and straightens. She dwarfs her sergeant. Apart from the odd post-adolescent pimple, her face is smooth. She walks over to the ambulance and commences a laughing conversation with the nurses who have driven the body.

After a time the nurses are free to attend to my questions. I address the older of the two, the one I know from the clinic: ‘When was she found?’

She turns to her associate. For a moment, both are silent, then she says, ‘I’m not really sure. The family called us an hour ago – when they felt ready to let us take the body, I guess. Someone found her before that and called the family. We don’t know when …’

We release the latches and the heavy door of the ambulance clunks open, revealing a large white bag resting on a collapsed stretcher. Warm air flows from the interior.

The nurses step backward. Fumbling, I try to pull the stretcher a distance from the vehicle’s dark interior. The nurses step forward and help, then again retreat. I pull on the zipper and the bag falls open, exposing the head and upper body of a human.

I pause. No sound, no movement.

There is a moment of reverent peacefulness. The skin of the person whom I stand and regard is brown, the same brown that glows from the earth and the many heads of rock in the early sunshine during my early morning run. That colour has penetrated me, claiming me like a mother.

I place the back of my gloved hand against the brown skin. It is still warm. Just as shocking, the face is very small.

I straighten and ask the nurses, ‘Do you have a date of birth?’

I look again at the small face. There are a couple of blotches of acne. The child has buckteeth. The body is short and slender, the body of a girl who has scarcely begun the journey to womanhood.

I have no doubt, I feel no hope, but I rest my fingers lightly over her carotid artery. It is still.

I check her eyes. Dull now, pupils wide, fixed and unresponsive to the light – those are pearls that were her eyes.

I apply my stethoscope to her chest. The silence of death is drowned in a distracting chorus of inanimate rustling and chafing sounds. These are the artefacts of my examination. I hear no heartbeat. No air moves in or out of the chest.

This is the body of a fifteen-year old girl whose life is extinct.

No motion has she now, no force;

She neither hears nor sees;

Rolled round in earth’s diurnal course,

With rocks, and stones, and trees.

I have another question for the nurses: ‘What do you know of her health before today?’

‘Six months back she was sniffing, but not since then; there’s been no sniffable petrol in the community since then … There were some family problems. She had been seen by Mental Health …’

On an afterthought I lean forward again, peering past the fine cheekbones and the slender jaw, peering at the soft tissues beyond. There, on her throat I see what had to be seen, a bracelet patterned in her flesh, a curvilinear design that is unexpectedly graceful. It is the embossing in her skin of the fatal rope.

After my time in Uluru, I return to practice in the city where life is conducted discreetly, where emergency services screen the ugly and the violent from us good citizens, and life feels normal again. Here the tragic is not the rule.

Half a year later, I am ready to work again in a remote community. I fly to Halls Creek in the Kimberley, dimly aware that the town is said to be ‘troubled’.

As I board the plane, the hostie hands me a morning paper. Headlines leap out at me, reporting an alarming increase in youth suicide in the outback, especially in the Kimberley.

When I arrive in Halls Creek I am greeted by a passing parade of silent figures, most of them too thin or too fat, floating noiselessly like spirits along the streets of their own town, as if they have no right to be there. Or no right to be heard.

At night, it is the opposite: the people are heard, but dark-skinned in the moonless dark, not readily seen. They cry out hoarsely, harshly, sounds of abuse, the odd scream, cries punctuated by peals of riotous laughter.

Late at night, sober people do not walk the streets in Halls Creek.

I go to work in the clinic. My patients seem to fall into two categories – those who are wrecked but salvageable and those who are wrecked, whom I cannot redeem. I work hard with members of the former group. Bare feet have been nicked by a bindi eye and have become infected. Scabies have been scratched and infection has entered. A small cut on a child’s palm is infected.

At every infected site pus gathers. Where infection is deep set, the pus is trapped and it is my job to release the foul fluid. It pours, it bursts, stinking into freedom. The smell lingers in the air.

My patient feels relief and I, little relieved, bandage the foot, the hand, the leg, and send it out to become infected again.

And turn then to the unredeemed, to the old ones.

A ravaged woman, thin, hobbling on the arm of her stronger sister, her mind seemingly destroyed along with her body, is unable to recall how old her baby is. Her file tells me she is thirty-one years of age.

After two days at work in Halls Creek, I have contracted an insidious condition that is rampant in the town. Apathy and acceptance, braided into a noose, rest around the neck here. Slowly, it tightens into a passivity that numbs and deadens. I have never before been afflicted in this way.

You can get the papers here, one day late. Page after page is full of gloomy reports of the Aboriginal condition, page after page of relentless criticism of the industry in which I work as a reliever for a palliator.

The paper arrives twenty-four hours late, but it makes no difference. Not until Thursday 21 June 2007. That is the day when the Prime Minister shakes off his own passivity and declares martial law against child abuse in the Northern Territory.

I feel confused. I am not surprised to find myself deeply ambivalent about these brave, bold, brash initiatives. For anyone with any humility, confusion is morally mandatory in Aboriginal matters. And confusion is, of course, quite useless.

But no one else I speak to seems confused. Among people who are not customarily supporters of the Prime Minister, minds are quickly made up: it has to be done.

Today is Friday. There are new regulations in Halls Creek that restrict the sale of grog. You can’t buy alcohol before midday and you aren’t allowed to buy more than a dozen cans of full-strength beer. A few minutes after noon I pass the bottle shop as a stream of people snakes along the road. The new grog regulations are taking effect – everyone carries the identical purchase; everyone has bought the maximum.

Early this evening there will be a footy match in town. There is a mob coming from near the Northern Territory border to play the local team. (I try to imagine Collingwood going to play in Sydney – the whole team driving both ways. Next weekend, the home teams will drive similar distances for their away matches.) Here is an opportunity to see something distinctive, an exhibition of gifts in full and exuberant flower. Aboriginals playing footy are not known for passivity.

I decide to walk the 150 metres to the town’s floodlit oval. An emerald of green, it shines in the light, a reminder of how grass used to look in the country towns of the Garden State.

Although it is only 6.00 p.m. the town is dark and drunk and very easily audible. At the corner of Hall Street and the Northern Highway, a man urinates against a fence. At the next corner a woman stands beneath a street light, her shirt undone, her breasts fully exposed to view. She stands there, more or less steadily, her back braced against the fence, facing the street. Is she offering herself for sale? Or is she available free of charge? Or is she simply too drunk to achieve the buttoning of a shirt, or just unconscious of her exposure?

The night is rent with the cries of kids, the screams of women, the hoonish menace of daylight’s shy youths as they bay now in groups to an unseen moon.

I never make it to the footy. After a few minutes I turn and retreat to my house, to the peace and sweetness of shabbat.

Elegy on Returning to Mutitjulu.

You’d be twenty one now. Probably a mother, perhaps once, twice, three times.

I wonder about your children. Whom would they be?

And about the lonely impulse of despair that drove you out of the house into the bush with the rope.

So many have followed you, so many brothers, many sisters. One in grog rage, one in madness; this one in anger, that one in sadness, this one over a woman, that one whose father shouted.

So many, in so many places, so many have I buried.

After the first death there is no other.

The first part of this piece is taken from Raft by Howard Goldenberg, Hybrid Publishers, 2009. The second part was written today by Howard in Uluru.

2 thoughts on “After Uluru”